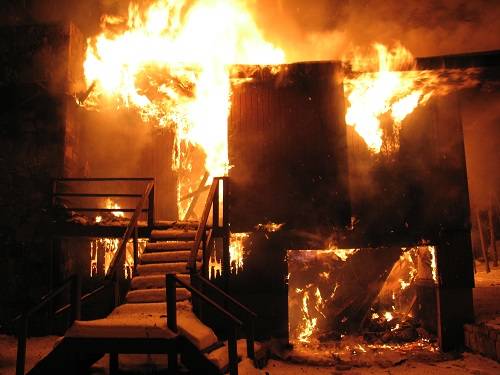 Only working smoke alarms save lives.

DON'T tamper with smoke alarms - that's the message from firefighters after a spate of home fires where smoke alarms have been deactivated or tampered with.

DON'T tamper with smoke alarms - that's the message from firefighters after a spate of home fires where smoke alarms have been deactivated or tampered with.

Fire and Rescue NSW is pleading with householders to take their fire safety seriously after finding one smoke alarm covered with foil during a unit fire.

"It's just lucky no one was seriously injured of killed during this fire," said fire investigator Mick Forbes.

"In NSW it is requirement to have a working smoke alarm on every floor where people sleep.

"If your smoke alarm is too close to the kitchen it can activate and become a nuisance. The simple solution is to move it. Covering it up or taking the batteries out is not worth the risk," said Station Officer Forbes.

"Winter is just around the corner and that's when 60 per cent of all house fires happen. Please don't think it can't happen to you, it can."

You can reduce the risk of fire in the home by identifying and changing risky behaviours and habits including: